What You’re Missing in the Woods: Forest Bathing Pt 3

“A nation that destroys its soils destroys itself. Forest s are the lungs of our land, purifying the air and giving fresh strength to our people”  – Franklin D. Roosevelt 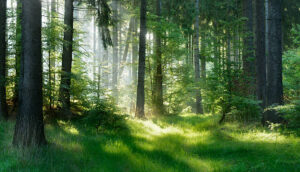 In this last of our “why you should be forest bathing” themed blogs, let’s look at a few more reasons why we should appreciate the trees in our lives.

Have a Heart for our Tall, Green Friends 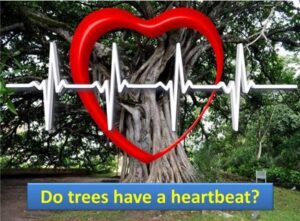 The latest from the scientific community is the recent discovery that trees have a “heartbeat,” or distinct but barely detectable pulsing mechanism.The pulsing is believed to act in the same fashion as a heart, pumping the necessary water and nutrients from roots to leaves.

And speaking of water, anti-cancer terpenes (the main active in essential oils) are most dense right after it rains. They swirl around in the woodsy air, just waiting for you to come in and breathe deeply!

We discussed the many health benefits in the first two blogs, but there’s more to trees and plants than most people realize.

Can Plants be Trained?

Australian ecologist Monica Gagliano has conducted several studies proving that plants can be trained. Similar to Pavlov’s dog that salivated at the bell even without food, Gagliano and her team used light (reward) and airflow (conditioning agent). They found that the plants would grow toward a fan that was initially lit even later when the light was removed.

But that is barely scratching the surface.

The Power of Words

A fascinating experiment by IKEA UAE focused on the effects of words on plants. Placing two Dracaenas at a school, they gave the exact same water, sunlight and fertilizer to the plants, but each received a different looped voice recording. One played constant verbal compliments, and the other verbal threats and bullying words. The children were told to speak their own positive and negative words to match the recordings.

This is what the plants looked like after a month: 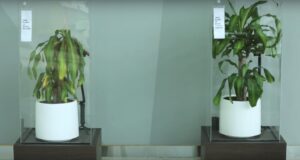 Sticks and stones may break bones – but, it turns out – words can ALSO harm you. Guess which plant got bullied?

Plants Have Feelings, Too

Another experiment (by Mythbusters) amazed the program staff. It showed that plants have primary perception, reacting to negative thoughts and emotions. Other studies have shown memory of those who hit or abused them when tracked on a polygraph machine.

So what are we saying here?

One thought might be that we are probably missing so much in our world by moving too fast. Hopefully, the silver lining of the current national quarantine is learning to slow down. A second would be that words and thoughts have great power. Pay more attention to what you are thinking and speaking.

But mainly, we are reminded that our God is a BIG God, and has created an amazingly complex world for us to enjoy. Accept the invitation to explore it. One way is to plan a visit to east Texas (once the quarantine is finished, of course!) and sample a little forest bathing here at Lake Fork Providence RV Park. What do you have to lose, except for some stress and maybe a few aches and pains?

And hey, you might even make a friend while you’re chatting with the oaks and pines.